is an international lawyer who works in the premium segment for creating, scaling, accompanying and protecting foreign business in Ukraine and abroad. From migration consulting to comprehensive protection.

Full-time department of the law faculty of the national university and advanced studying at the National Academy of the General Prosecutor’s Office of Ukraine.

Active participant in numerous conferences, seminars and forums on the topics of corporate law, legal optimization of taxation, investment and the creation of foreign companies, foreign banking, the practice of the European Court of Human Rights and immigration.

More then 20 years of experience in protecting businesses and citizens. 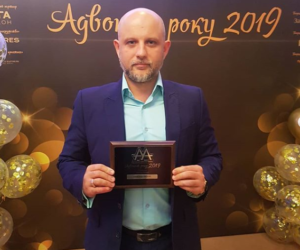 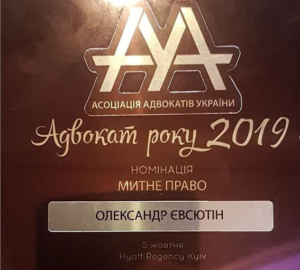 Alexander passed all possible ways in the legal specialty.

Founder of the UIP Law and Consult with 4 offices in Ukraine, in Pakistan, RF, EU and America.

On account of several acquittals, the release of defendants from custody, and even the abolition of the sentence with life imprisonment in the Supreme Court of Ukraine.

He carried out the defense of conscripts and military personnel in criminal and administrative processes. He was an advocate for several accidents involving high-ranking officials and the illegal seizure of vehicles.

He participated in the protection of cases of smuggling, human trafficking, tax evasion, accusations of embezzlement and embezzlement of property of enterprises by officials, bribes, legalization of proceeds from crime and corruption. Conducted search and return of stolen assets.

Defended the interests of clients abroad:

– in the Economic Court of Minsk (a claim for 400 thousand dollars),

– defended and released from custody the Ukrainian, who was unreasonably accused of embezzling money in Albania,

– a civil case with an insurance company in the UAE.

– lagged behind the interests of clients in the embassies of Ukraine in Pakistan and Greece.

He personally organized the creation and opening of manufacturing and trading companies, as well as service providers in North America (Mexico and Canada), the EU (Poland, Germany), South Asia (Pakistan, India) and Africa (Zambia, Nigeria).

For 10 years, he conducted many immigration cases and processes and defended the interests of foreigners in Ukraine and Ukrainians in other countries.

Accompanied 15 projects with foreign investments in Ukraine: export of sunflower oil, sunflower oil, chicken eggs, import of clothes, rice, organization of the motor transport company’s activity on transportation of passengers by buses of international importance, recyclables, several IT projects aimed at the markets of North America and the EU

2008-2009 – Arbitrator at the Permanent Arbitration Court at the Association “Business and Law”. I personally resolved 9 economic disputes between business entities. In all cases, the decisions were executed, the parties recognized the correctness of the decision.

Investigation and prosecution work in the prosecutor’s office

2002 – made an appointment to the post of investigator of the prosecutor’s office in order to ensure legality in the area entrusted to him and to prevent abuses by law enforcement officers.

Investigated and sent to court for 3 years more than 50 criminal cases in the sphere of economic, economic and especially dangerous against the person (he completed the pre-trial investigation on 7 murders and 3 rapes). He directly identified cases of violations of the legitimate interests of business and the state, including embezzlement and tax evasion. In all cases, convictions that have entered into force.

2005 – 2007 – was the prosecutor of the department for particularly important cases and the supervision of special forces in the fight against organized crime groups and corruption, supported the prosecution in the courts in 16 cases. In all cases, convictions that have entered into force. The guilty carried the deserved punishment.

Legal Adviser at the enterprise

2001 – Legal Counsel of the agricultural production complex. He was engaged in contract and claim work, investigating accidents at work and representing the interests of the company in labor dispute courts.

The first series of victories from 1996 to 1998, when he personally resisted the illegal actions of law enforcement officers towards him and his family members, the raider seizure of the family business. Has achieved the termination of illegally initiated criminal cases and bringing the perpetrators to justice.

Since 2011, the head of the regional branch of the NGO “Ukrainian Bar Association”.

From 2011 to 2014 the head of the regional branch and from 2016 a member of the committees of international and immigration law of the NGO “Ukrainian Bar Association”.

2013-2014 took part in the creation of a system of free legal assistance in Ukraine, with 1.5 years headed the regional center of legal assistance of the KC of the Ministry of Justice of Ukraine.

Co-founder of the All-Ukrainian Association of Immigration Lawyers and Counselors.

The creator of the project is the EMP (Single International Partnership) – a social network of people who ensure the scaling and security of their families and businesses through the legitimate use of international tools.

The main office in Kiev. Proven partnership with lawyers in 30 countries of the world.

Providing for their principals business freedom and legal security.